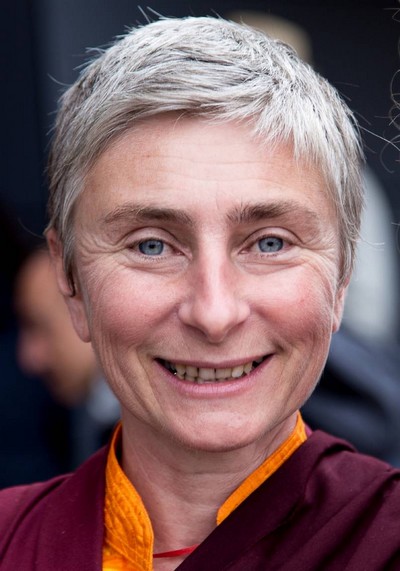 A nun at Kundreul Ling in Auvergne for 25 years, Lama Teundroup Puntsok has carried out two traditional three-year retreats at Kundreul Ling, one of which was with Lama Guèndun Rinpoche, who is her Master.

Since 2001, when she came out of her second retreat, Lama Teundroup Puntsok has remained at the monastery, and has developed over the years a teaching activity in France and Italy, in addition to the activity of rituals at the monastery as well as the logistical aspect because she takes care of the administration. Guèndun Rinpoche strongly advised to share the experience of the practice, that is why she goes to the different centers who invite her to share her understanding of the Teaching of the Buddha.