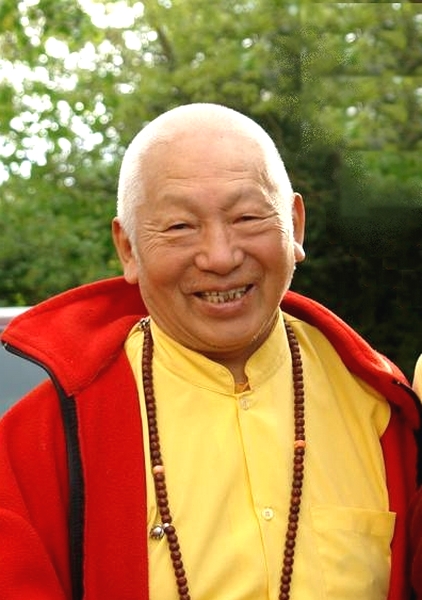 A native of eastern Tibet (Kham), Lama Teunzang was born in 1934 in a family of Ngagpa (Faithful Practitioner of the Virtue of the Way of Mantras).

Very early he was interested in spiritual practice and he spent part of his youth travelling around Tibet in many holy places with his older brother. At the age of 17, he met the 16th Karmapa in which he recognized his master and entered the Tsurphu monastery .

He studied there for several years and in 1959 he fled the Chinese invasion, following the Karmapa and took refuge in India, at Rumtek, where he continued his studies with his Masters.

He worked hard to build the new monastery, while studying and practicing meditation.

Once the monastery was built, he asked permission  to Gyalwa Karmapa to go with Kalu Rinpoche at  Sonada where the first retreat center would be built. Permission was granted and after the construction of the retreat center, he accomplished the traditional three year retreat.

In 1976, at the request of the 16th Karmapa and Kalu Rinpoche, he became the Spiritual Master of the Montchardon center, in the Vercors, Karma  Migyour Ling, which, through his tireless efforts, has turned into a welcoming and thriving place where many people come each year from all over Europe,  attracted by the radiation and by the exceptionally generous personality  of Lama Teunzang .

He teaches Tibetan and is translated into French.