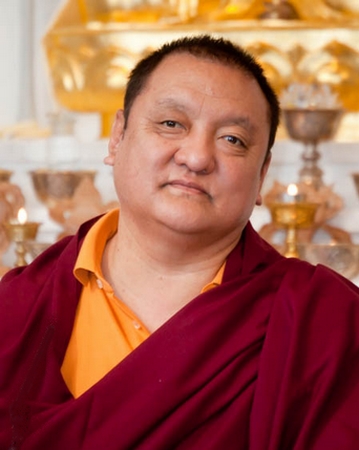 Mipham Chokyi Lodro (Invincible Intelligence of the Teaching), also known as Kunzig Shamar (Holder of the Red Crown who sees all), the precious Master was born in Derge, Tibet in 1952. He is the fourteenth incarnation of an accomplished being. This great bodhisattva, of equal quality with the Gyalwa Karmapa, is an emanation of the Buddha Amitabha, "Infinite Light." He is the second most important master of the Kagyu lineage after the Karmapa. The Karmapa are sometimes referred to as the Black Crown Lama, referring to their black crown. The second Karmapa, Karma Pakshi, prophesied that in the future, the Karmapa would come in the form of two Nirmanakayas. Later on, the third Karmapa Rangjung Dorje gave to his main disciple, Khedrup Drakpa Senge, a red crown which was an exact replica of his own black crown. The Karmapa explained that it symbolized their identical nature and thus the line of Shamarpas began.

In summer 1956, at the age of four, recognizing old monks at Yangpachen monastery, the ancestral home of the Karmapa, Mipham Chokyi Lodro reveals his identity as Sharmapa. He was also recognized by the sixteenth Karmapa, Rangjung Dorje Rigpai as the reincarnation of the thirteenth Sharmapa and he remained with the Sixteenth Karmapa from whom he received the full cycle of Kagyu teachings until his death in 1981.

Kunzig Shamar Rinpoche has been dedicated to many projects initiated by the sixteenth Karmapa. He completed a reprint of 'Tengyur', a collection of two hundred and fourteen books in which Indian and Tibetan eminent masters elucidate the teachings of the historical Buddha Shakyamuni.

He co-created and developed the Karmapa International Buddhist Institute in New Delhi, India. The Institute currently offers classes in Buddhist studies for both ordained and lay students. He also had the responsibility for training the Karmapa.

Shamar Rinpoche frequently traveled abroad where he taught in many Kagyu centers worldwide.

His ceaseless activity to preserve the authenticity of the transmission never prevented him from being attentive to all those who solicited him. 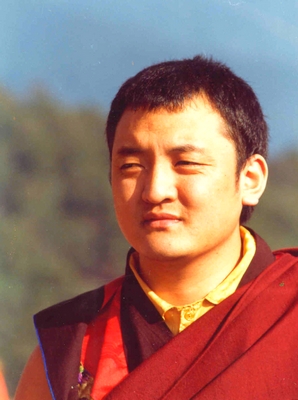